Adam Botsford is a man better known around Minneapolis as Botzy, the fun-loving rapper whom also happens to be 1/6th of the local beloved band Culture Cry Wolf. He has made his presence known around the city both as a solo artist, and with the band. It seems to be that anything Botzy gets his hands on becomes infected with his artistry, which is nothing short of ingenious. He holds true to the lifestyle of a creative musician and embodies it in an appealing, friendly and honest way. Many times in the music industry artists tend to believe they’re larger than life, but I am confident Botzy will never be one of them. He’s humble, he’s original, he’s quick-witted and here’s what he had to say: 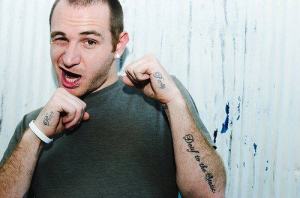 END_OF_DOCUMENT_TOKEN_TO_BE_REPLACED

This song is the third single off of Sims’ latest album Bad Time Zoo and was arguably one of my favorites. This music video is very fun and animated, it’s hard to turn your head away from it.

Here’s some info on the video and why they chose the route they did with this one:
“Doomtree’s SIMS “LMG” video exclusively premieres on Consequence of Sound today. The third single off of Bad Time Zoo, released earlier this year, showcases SIMS in a new way, animated. SIMS explains how the video came to be by saying, “I usually have decent ideas when it comes to conceptualizing music videos, but this one was a challenge. The song itself is borderline cheesy as is, which is why Beak and I love it. We knew the video couldn’t be too cutsie and could absolutely not take place in a bar. After those parameters, we were out of ideas so we enlisted the services of Matt Scharenbroich, a really talented visual artist and the drummer in Beak’s old band TPC.

Created in director Scharenbroich’s studio over the course of an icy winter in Minneapolis the “LMG” video is the end result of more than 1600 individual drawings, 400 cups of coffee, 60 markers and two ecstatic hands. The video was made using a technique called rotoscoping, which is “the tracing of live-action film frames in order to capture a more realistic movement. It has an immediate kinetic energy that results from the inevitable variation of the tactile mediums used throughout. Markers smear and fade, graphite scratches into the page, and ephemeral, singular ideas punctuate single frames in the rhythm of the process.” Sounds simple right?

The video highlights the contrast between the confessional, dark narrative of the verses and the overjoyed, positive message of the chorus. The diaristic song felt sincere and energetic, and rotoscoping “captures SIMS’ performance and catapult it into another more joyful sphere where fingers transformed into bottle rockets and fireworks emerged from palms.” 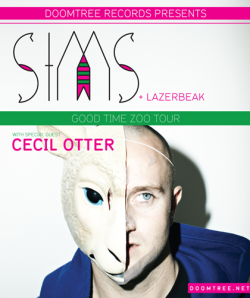 Minneapolis’ powerhouse label Doomtree just teamed up with up-commers Gayngs to drop this free ep just in time for their show together at First Avenue tonight. Download, listen, love.